Really it's ALL about CONNECTIONS!

In this world of modern learning students and teachers can easily become overwhelmed by the waves of information they find online and by the waves of people they encounter as they are using social media.  Many authors, from a whole host of media formats, have expressed concern, feeling students will be antisocial, cowering in front of their screens, lacking social interactions, all alone because of this technology.  This is not the case, technology is about connections.

A teacher, that I used to work with sent me a link to the video below, it highlights many of the perceived and real issues regarding the overuse of social media.  Nevermind the fact that I no longer work in the same school as the teacher who sent me the the youtube link, or the fact that he used email to get in touch with or the fact that he found the video on YouTube, a place for people to post their creations and share with the world. It sounds like technology is helping to keep a professional relationship going, even though by now it should be defunct.  Our relationship is still operating and because of it here is the video he shared with me:


This spoken word piece should serve as a cautionary tale regarding isolationism.  Mind you the problem of reclusiveness had been prevalent in society for many years before the internet, Web 2.0 and social media were created.  Perhaps, if a person is prone to isolationism these new tools of connectivity can allow the to create more space between themselves and 'real' connections.  This doesn't have to be the case.  In my role working with at-risk students, I have seen the opposite where technology has brought these fringe students out of their shells. I will provide three brief cases of how technology actually brings us closer together.

My first example is through my use of twitter.  I guess I was a relatively late entry into the twitterverse, when my first tweet came out in May 2012 for a professional learning day I was leading. I have been a lurker, casually looking in on the hundreds of conversations and active PLNs.  Eventually, I started participating and growing my own PLN on twitter.  This past June, I was able to attend ISTE for the first time and this was because of my PLN. I put out a request for reasons why people attend ISTE and my PLN responded.  I presented this information to my supervisors and was allowed to attend because of it.  At ISTE, I realized it wasn't about the technology, it was about the connections I was making and the people I was able to meet from my PLN. Technology and social media brought us together to from real world connections. 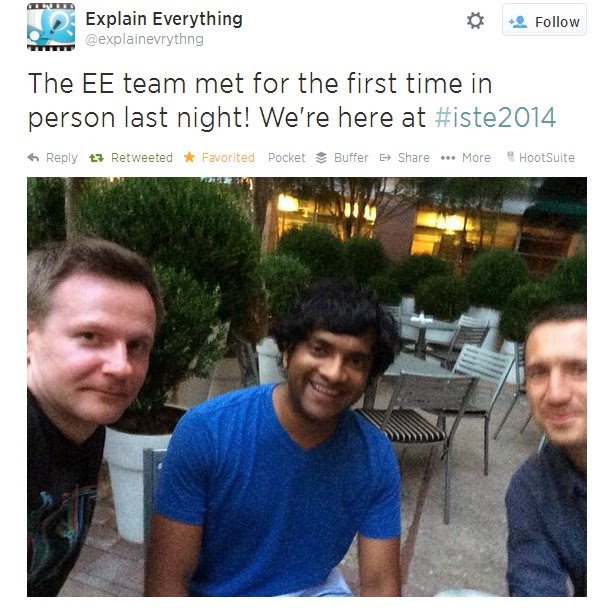 My final tale for today again revolves around Twitter. I was contacted by a teacher from Nashville, Tennessee, @2footgiraffe.  He wanted to know if I would be interested in participating in a Principal's Unconference he was hosting.  Through the power of twitter we connected and with the technology of Google Hangouts, I was able to participate and share my perspectives on, Workflow vs. Workload - Using Web 2.0 tools to take the power back. Even though it was not an actually face-to-face encounter, we were able to share information and ideas, a key component of any social interaction.

So, for those who are concerned about technology driving us apart and this leading to a depersonalization of society; rest assured that for every one story of social media and Web 2.0 leading people into lives of solitary confinement;  there are a million more where technology has brought people together.  Remember, social media and the Web 2.0 are all about relationships, Really it's ALL about CONNECTIONS!